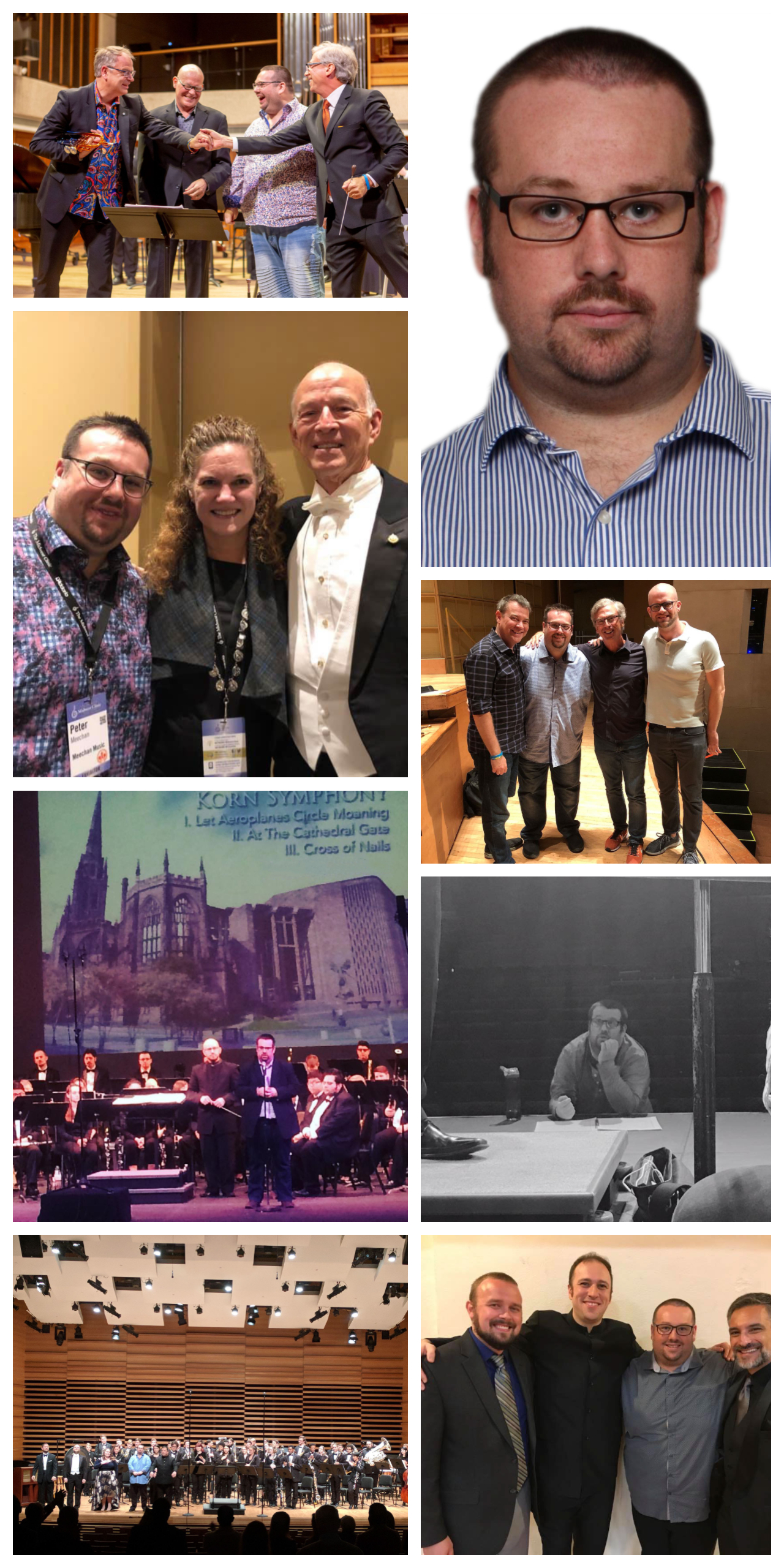 Meechan’s music is featured on over 100 commercial recordings and has been featured at festivals and clinics globally, including the Midwest Clinic, The American Bandmasters Association (ABA) Conference, CBDNA, the International Trumpet Guild, the International Tuba and Euphonium Association, BASBWE conferences, and in 2014 his work “The Legend of King Arthur” was used as the set test piece at the British National Brass Band Championships, held in the Royal Albert Hall, London. His works for brass band have been used as compulsory and own choice selections at music contests across the world.

Recent projects have included a symphony for wind orchestra (“Korn Symphony”, centred on the events of the Coventry Blitz), “Love Songs” – a 4 movement, 30 minute setting of four Shakespeare sonnets for choir, narrator, brass quintet and organ, a new trumpet concerto (“Renaissance of Wonder”) for Ryan Anthony, Principal Trumpet of Dallas Symphony Orchestra, for soloist and orchestral winds (recorded in June 2018 by Ryan Anthony, DSO players, and conducted by Jerry Junkin), a tuba sonata (“One Sweet Dream”) for long-time friend and collaborator Les Neish, a new extended length work for wind orchestra “Athabasca”, commissioned by Ray Baril and the Edmonton Winds, and “Waves Across the Pebbled Shore” – a new work commissioned by Ray Cramer, Terry Austin, and the Musashino Wind Ensemble for performance at the 2018 Midwest Clinic.

Peter resides in Winnipeg, Manitoba, Canada, with his wife Michelle (a band teacher) and their miniature dachshund dogs: Stevie and Jurgen (not band teachers), and when not writing music can usually be found watching his beloved Liverpool Football Club.